HomeReviewsLovers and Other Strangers
Reviews

Lovers and Other Strangers 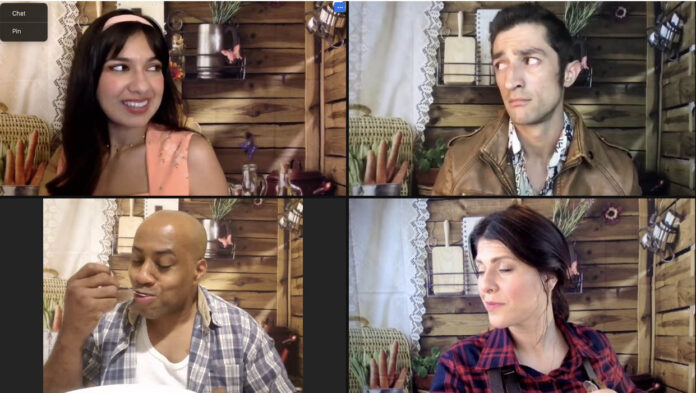 Editor’s Note: Hollywood’s Master Storytellers welcomes our newest contributor, actor/producer Katharine “Kat” Kramer. You can read more about Kat in the About Us section but, in a nutshell, she is the daughter of the legendary Oscar-winning producer/director Stanley Kramer (“Guess Who’s Coming To Dinner,” “Judgement at Nuremberg,” “It’s a Mad, Mad, Mad, Mad World”) and actor/producer Karen Sharpe Kramer.

Well folks, during the COVID-19 pandemic, most performances went virtual or Livestream. It’s still a popular way of presenting live theatre. I was lucky to catch a recent Livestream performance of the GGC Players presents “Lovers And Other Strangers” the hit comedy which premiered on Broadway in 1968, and was written by the husband and wife team of Renee Taylor and the late Joseph Bologna.

The play was made into a popular film starring Diane Keaton, Gig Young, Richard Castellano, and Bea Arthur.  This virtual version is directed by Gloria Gifford, and produced by Leana Chavez, Chad Doreck, Jade Ramirez Warner, Presented by Jamaica Moon Productions and GGC Players. It opened on May 22nd, 2021. The final performance ran on Saturday, June 26th.

What made this production so unique was that the casts rotated.  “Lovers and Other Strangers” is an evening of five untitled comedic writing and relatable people seduced by love, confused by love. It’s a humor-filled eighty minutes.

Ms. Gifford is the winner of the NAACP Best Director Award for “Antony and Cleopatra” and “Much Ado About Nothing.” She has directed over seventy-five stage productions and is a veteran actress with numerous Broadway, film, and television credits. She has acted opposite Richard Pryor, Eddie Murphy, John Candy, and Tobey Maguire. Gloria is a respected acting coach, and taught at the prestigious AFI in the Master’s Program, and  “Wonder Woman” director Patty Jenkins was among her students.