In the late 1950s, the team of Richard Rodgers and Oscar Hammerstein II were the kinds of Broadway, both as a writing team (Rodgers handled the music while Hammerstein did book and lyrics) and as producers. They were responsible for some of the most iconic musicals in Broadway history, including “Oklahoma!”, “South Pacific,” “The King and I” and “The Sound of Music.” In 1957, encouraged by the success of NBC’s airing of the Broadway musical “Peter Pan” with Mary Martin, executives at CBS approached the team about creating an original musical for American TV and would feature Julie Andrews in the title role. 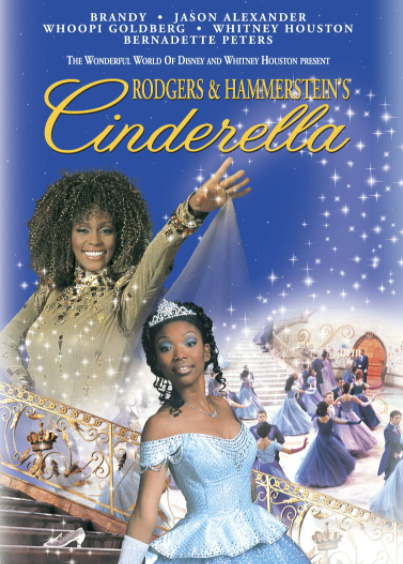 The live broadcast was a huge success, being viewed by over 120 million people. That was roughly half the population at a time when TV sets were not nearly as ubiquitous as they are now. The original broadcast was also one of the first specials to air in color, but only on the east coast as videotape had not yet been invented.

Eight years later, CBS made it again, this time recorded in color on videotape from their famed Television City studios in Hollywood with a revised book by Joseph Schrank and featured newcomer Lesley Ann Warren in the title role, Stuart Damon as the prince, Ginger Rodgers as the queen and Walter Pidgeon as the king. Because this one was captured on tape, CBS reran it several times following its premiere. 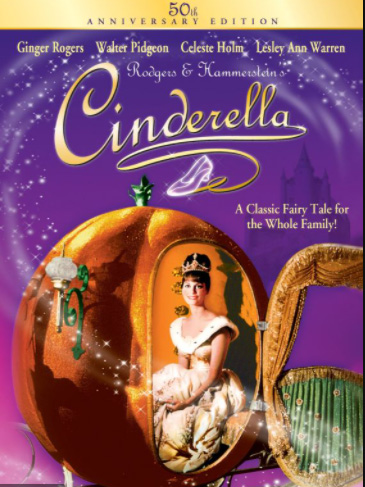 Then in 1997, it was remade yet again, this time by Disney to relaunch their fabled anthology series, “The Wonderful World of Disney.” The 1997 version, while retaining the classic R&H songs from the earlier versions as well as songs that were originally written for other shows, featured a rainbow cast, beginning with the first African American actress to play the title role, Brandy Norwood, along with mega-star Whitney Houston as both one of the producers and the Fairy Godmother. It too was a huge rating success.

All three versions are currently available to stream as of the time this is being written. The Julie Andrews Archive hosts the 1957 version on YouTube. The 1965 version streams on Amazon Prime and the 1997 version recently debuted on the Disney+ streaming service.
Watching the three versions more or less back to back was an interesting exercise. Both remakes retain the lush R&H songs, of course. Although Hammerstein had passed away by the time the 1965 version aired, Richard Rodgers was very hands-on and had an executive producer credit. It was produced to look very much like a play with theatre-style sets and staging. This is both a strength and a weakness.
The point of reference, of course, is the 1957 live broadcast featuring an ensemble of Broadway veterans. Even though Julie Andrews was a mere 22 years old at the time, she was already the veteran of two successful Broadway musicals, “The Boyfriend” (her Broadway debut) and, of course, the legendary “My Fair Lady.” Call me biased, but, as good as her two successors were, especially Ms. Norwood, it’s hard to compete with Julie Andrews’ voice and poise.

One of the interesting things about the two remakes was the way that both productions diverted from the original in interesting ways. The 1957 version begins with the announcement of the legendary ball. But both remakes begin a few days before and show the prince and Cinderella meeting before anything else happens. There was at least one song from the original production that was cut from the two remakes and the latter two versions seamlessly incorporated other songs from the R&H catalog.

The script for the 1997 version is the most different. First, there’s the obvious feature of their choice of multi-racial color-blind casting both for the featured roles and the background performers. Since Whitney Houston was not only one of the stars, but also one of the producers, this was high on her agenda. And while it may, on the surface, have seemed strange to have a Filipino actor cast as the prince with a Black actress as his mother and a White actor as his father, to give one example, it somehow works because the chemistry between the performers makes those on-screen relationships seem authentic.

While all the women playing the title role were very young at the time, Brandy was the youngest at the age of 17. And although she was already a top-selling recording artist, she had yet to show her mettle as an actor. For that reason, many were critical of her performance. But she was actually pretty good in the role, helped by a script that gave her natural-sounding dialog in contrast to the 1960s version where the dialog is very stiff, formal, and theatrical.

Bottom line, how do I rate these different versions? While all three have their strengths and weaknesses and are products of their respective times, I tend to lean towards the 1997 version with the original 1957 version a close second. If you’re in the mood for an old-fashioned fairy tale musical, any one of them is worth watching. But for contemporary audiences, the 1997 version, which is also a fable of female empowerment, is my favorite. What’s your favorite?