Science fiction was a passion of my late father that he passed on to me at a very young age. One of the timeless classics that he introduced me to was Isaac Asimov’s “Foundation” trilogy. For those who aren’t really into SF, Asimov is considered one of the most prolific and influential SF authors of the 20th Century. He pioneered the concept of a single fictional universe where the characters and events from one story or series would play a role in others.

His Foundation series began as a series of short stories and novellas originally published in Astounding, a popular and influential monthly magazine filled that showcased the shorter works of both established and up and coming authors. The core premise is simple. The Galactic Empire is slowly crumbling. Hari Seldon, a renowned mathematician specializing in the field of “psychohistory” (a phrase Asimov coined for this series) has predicted the inevitable collapse of the Empire. Not surprisingly, the Emperor doesn’t want this word to get out as it would undermine his power. Seldon manipulates the Emperor into banishing Seldon and his team to a remote planet so they can compile an Encyclopedia Galactica of all knowledge so that the predicted 10,000 year period of chaos could be shrunken to a mere 1,000 years.

Asimov ultimately tweaked his original stories into three novels, originally published in the 1950s. Decades later, he returned to this universe with a series of prequel and sequel novels. Hollywood has been trying for decades to turn the Foundation series into a movie and now a mini-series is slated to premiere on the Apple TV + streaming service in September 2021.

Film and TV veteran David Goyer, who co-wrote the 2012 hit “The Dark Knight Rises,” is the showrunner  on the TV version of the Foundation series, which makes me optimistic. Robyn Asimov is on board as one of the series’ producers to help protect her father’s legacy, which also makes me optimistic about the outcome.

According to reports, there are at least two notable changes from Asimov’s original stories. The first is the gender change of a major character named Gaal Dornick. To me, this is not a big deal because, in the original stories, the things Gornick says and does are hardly gender specific, but purists might be upset. The more significant change is the idea that the Emperor is actually one of a series of clones, genetically engineered to rule the galaxy. With Ms. Asimov on board as part of the creative team, presumably this major change to the mythology was done with her approval.

The series is slated to last 10 episodes. What’s unclear from the advanced press is how much of Asimov’s Foundation saga those 10 episodes will cover. Will it just be the first novel from the original trilogy? Will it be the entire original trilogy? Does the production team have the screen rights to adapt the other stories in Asimov’s Foundation universe? I don’t know. But I do know this. As a fan of the original novels, I’ll sure be watching when the series debuts in late September. 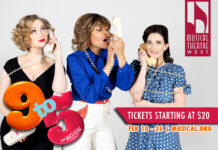 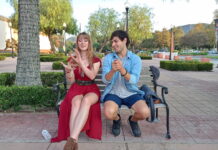 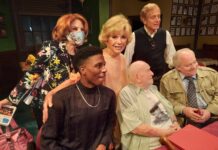