When Hollywood’s Master Storytellers hosted the “Aristocrats” DVD launch event, even though we had a great panel (you’ll find highlights of that evening both on our YouTube channel and elsewhere in this website), sadly the late Gilbert Gottfried was not part of our celebration.

For those not familiar with the movie, it’s a documentary about one of the most vulgar, over the top, graphic dirty jokes you can ever imagine. And everyone tells it differently. The producers of that movie, Paul Provenza and Penn Jillette, included Mr. Gottfried’s version as performed at a roast of Hugh Hefner shortly after the 9/11 attacks. Gottfried made a 9/11 joke that bombed. His response to the audience reaction was, “too soon?” immediately followed by his version of “The Aristocrats.”

In his memory, we’re sharing the audio feed of that performance as seen in the movie “The Aristocrats.”

WARNING: This video contains language and subject matter that many people would find incredibly offensive. This clip is definitely for an adults-only audience and is not suitable for viewing in mixed company or in a work setting. 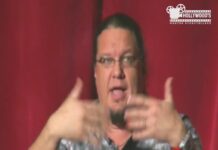 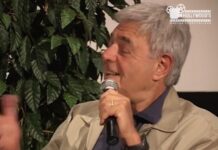 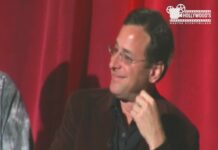